Followed wide concern these days on the surging number of cases in overseas, on February 26, 2020, five passengers from South Korea were found to be having a fever on a plane when arrived at Weihai1 airport. Weihai, together with other cities in China, is currently strengthening local preventive measures to monitor the incoming travelers in face of the spread of the COVID-19, for example: 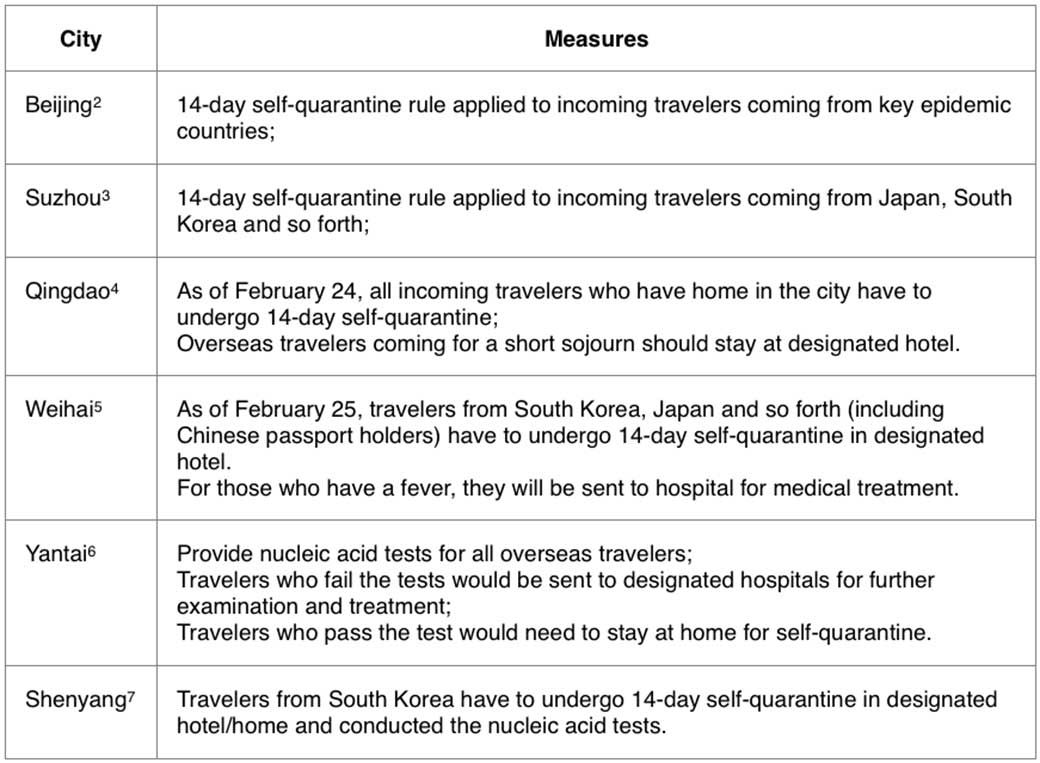 Recently, the officially released number of confirmed NCP patients rose to 3736 in South Korea (with 20 deaths), 1694 in Italy (with 34 deaths), 256 in Japan (with 6 deaths) and 593 in Iran (with 54 deaths). As NCP epidemic continues to spread across the world, other cities in China might further release the preventive rules gradually to adapt to the situation. Should you need any detailed restrictions in your arrival city, please kindly contact asiallians@asiallians.com.

1. Foreigners working in China with good tax and credit records who are either of the following:

(1) Foreigners who have a doctoral degree or graduated from renowned universities, and have worked in China for at least 3 years (during which the actual accumulated living period in China shall not be less than 1 year);

3. Foreign spouses and underage children of the above-mentioned foreigners.

1. A coastal city in Shandong Province.