Dispute with Your Employee: Basic Points You Should Know About Labor Dispute Resolution in China 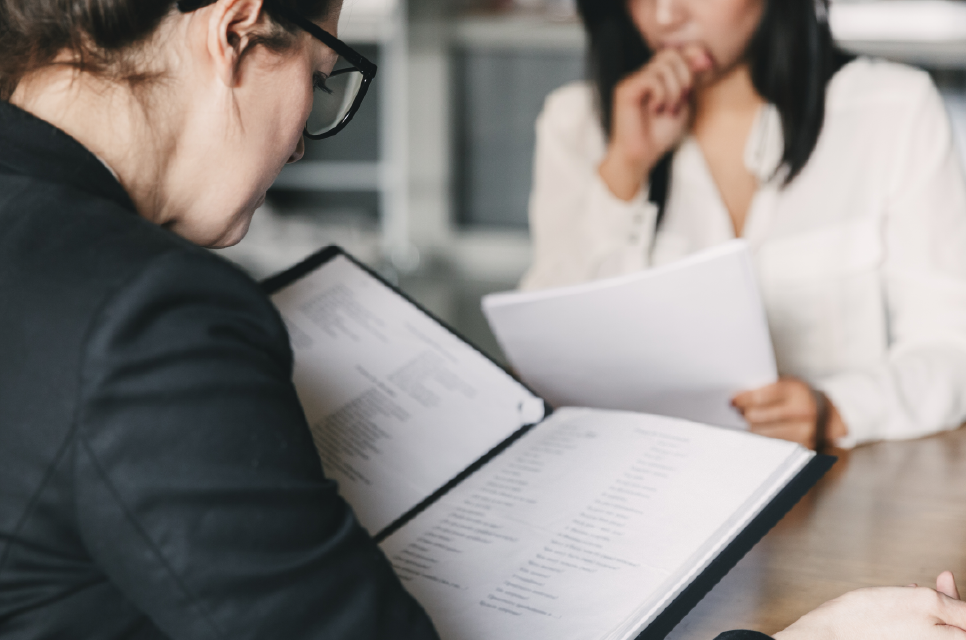 17 Oct 2018 Dispute with Your Employee: Basic Points You Should Know About Labor Dispute Resolution in China

Posted at 01:28h in Inbound Investment by asiallians

• An amicable settlement may be the first option to resolve when a dispute arises between an employer and its employees.

• Where a settlement agreement cannot be reached, the parties may resort to labor dispute arbitration to resolve the dispute.

• Labor dispute arbitration awards may be challenged before courts.

Without the involvement of any third-party dispute resolution institute, the first way you want to resolve the dispute with your employee may be to reach a settlement agreement.

A settlement agreement usually includes all the points that the parties could reach recognition. In some countries/jurisdictions, you may acknowledge a disagreement between opposite parties (for example, one party claims the existence of the labor relationship, while the other party claims the existence of a service relationship instead of a labor relationship), while validly waiving the right to sue on such a ground. However, this is not the case in China.

In principle, the PRC laws do not admit the legality of waiving the right to sue by agreements. Plenty of previous cases of the People’s courts show that the right to sue is granted by the PRC laws and cannot be deprived by agreements. Therefore, if you leave disagreement on certain disputed issue in the settlement agreement and provide that the opposite party shall not bring any lawsuit regarding such issue, the opposite may still be able to bring claims against you on such issue regardless of the provision under the settlement agreement. In such case, the settlement agreement reached by you and your employee may not work validly and effectively as a final and definitive resolution manner.

The main differences between settlement agreement, mediation document, and arbitration award are set out below: 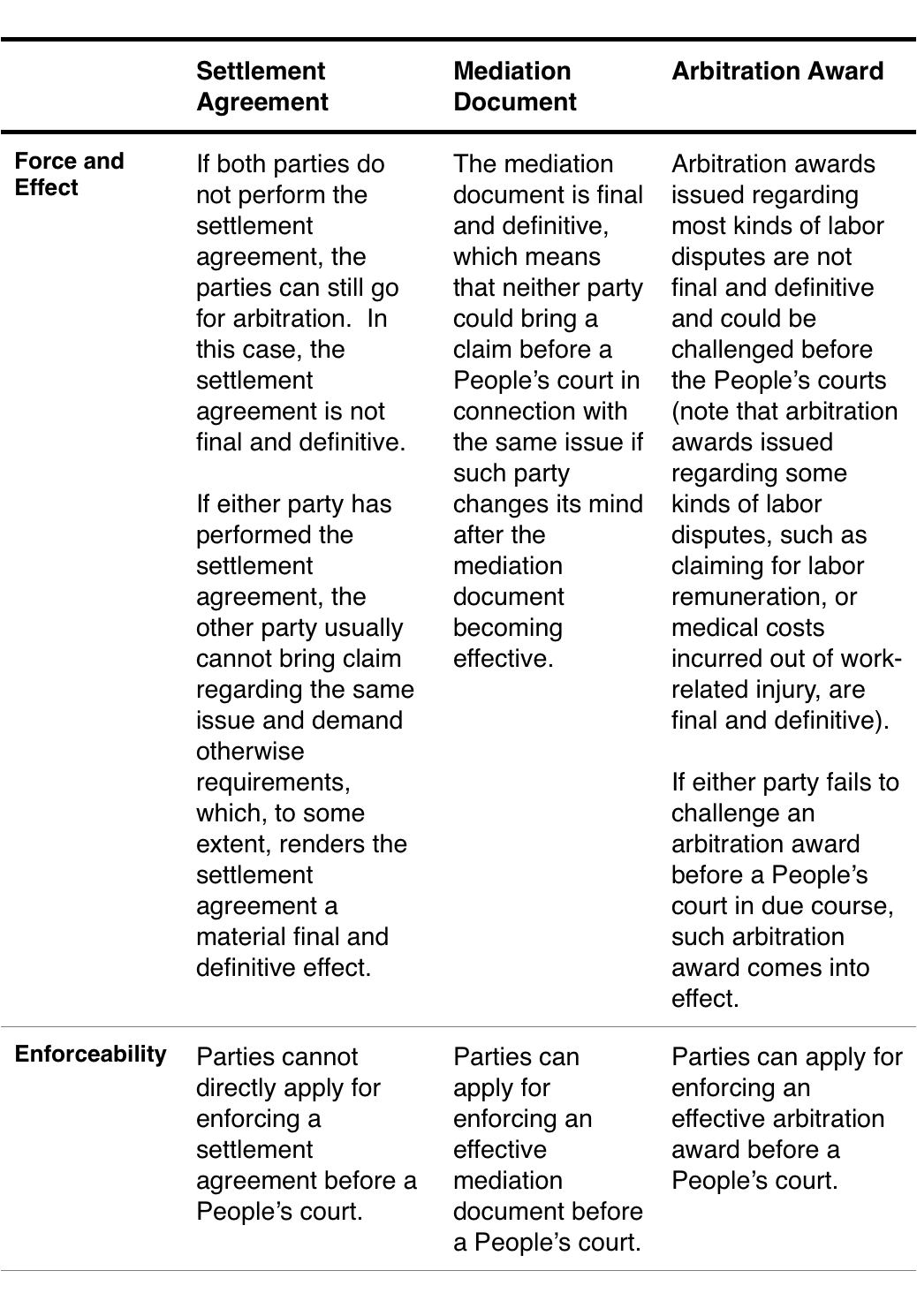 3. Litigation before the People’s Courts.

When doing business in China, to avoid labor disputes, it is important for a company, with the professional legal and human resources assistance, to anticipate and set up a complete employee management system, such as entering into formal labor contracts with employees, obtaining certificates for foreign employees working in China, formulating employee handbook and company by-laws, paying social insurance fees and setting up housing fund for employees under the PRC laws, and establishing a clear and comprehensive procedure for individual income tax payment.

Note: the contents of this publication are for reference purposes only. They do not constitute legal advice and should not be relied upon as such. Specific legal advice about your particular circumstances should always be sought separately before taking any action based on this publication.