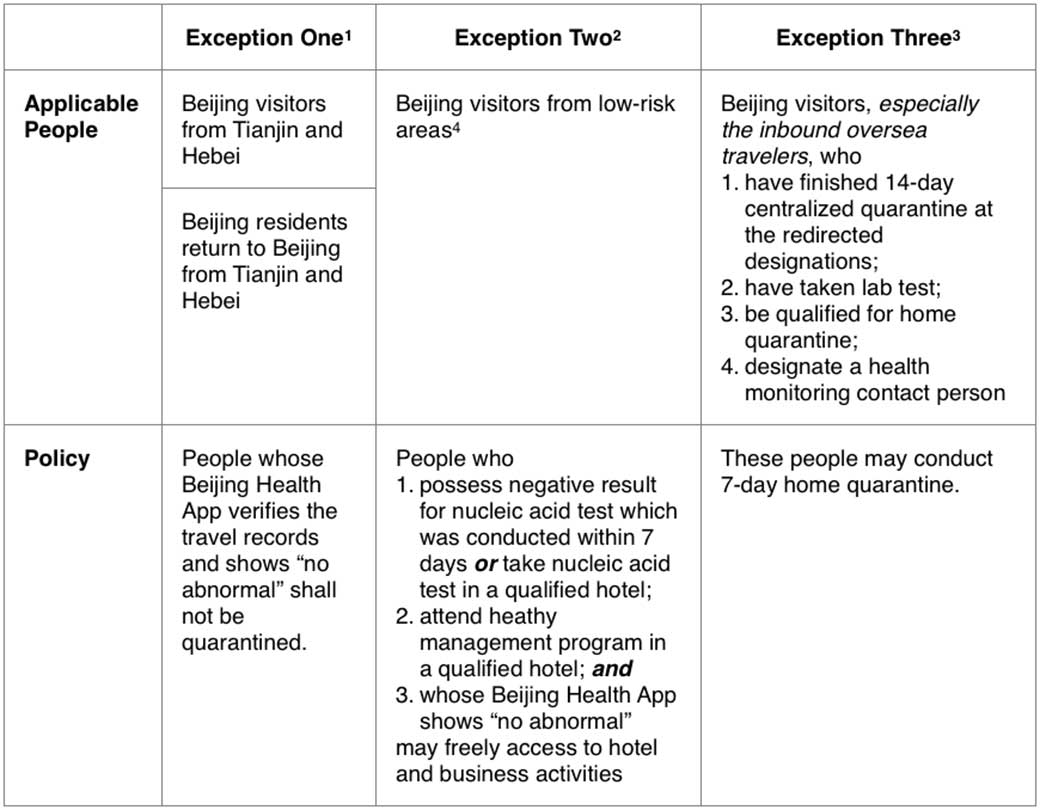 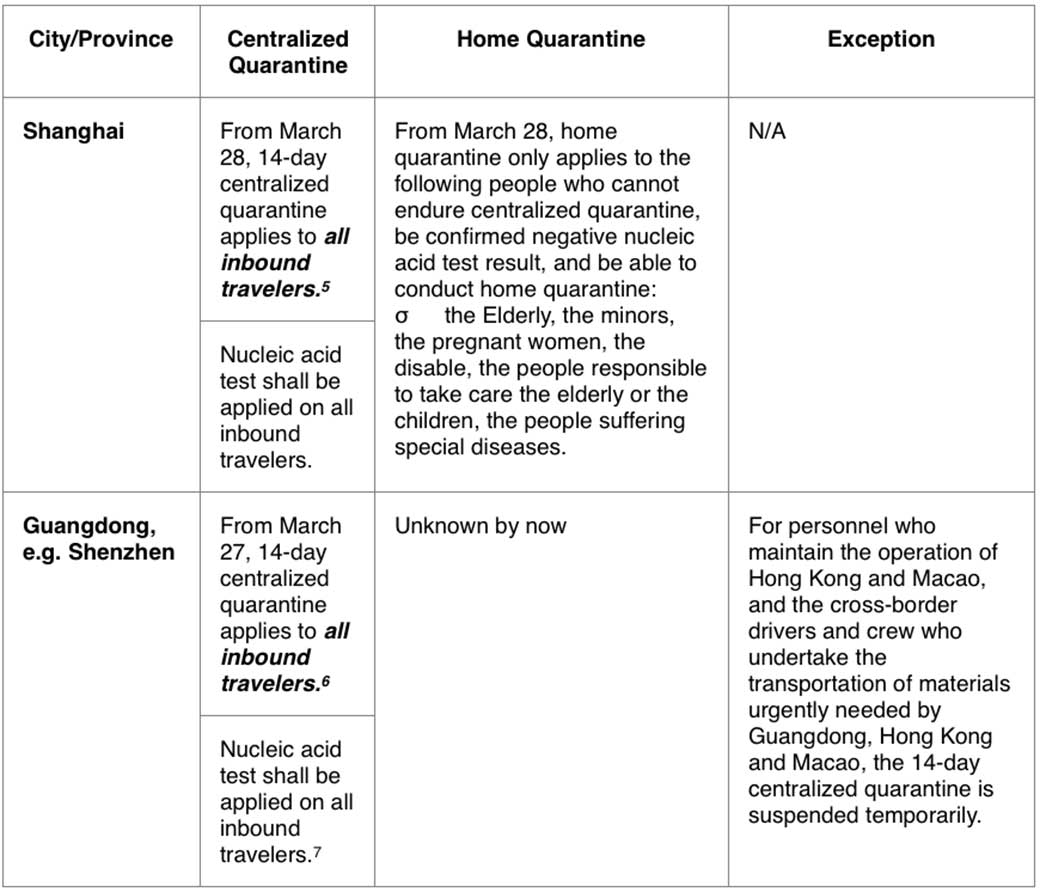 On April 17, 2020, Beijing Municipal government announced some preferential policies to support small and medium-sized enterprises (SMEs). We hereby summarized the most updated polices on the rent for your reference.8

As the epidemic continues to progress worldwide, China may gradually update the quarantine rules. Travelers with plans to visit China are advised to pay close attention to the notice issued by relevant government departments. As always, Asiallians remains at your services and our teams are currently mobilized in all our offices in China, but also in Hong Kong, Taipei.

NCP Outbreak: Guangdong Released Policy of Zero Tolerance for Any Discrimination on Foreigners

On March 20, 2020, Shanghai government rolled out a series of subsidy policies to certain enterprises to relieve the difficulty of operation and promote the production of enterprise.9 We hereby provide you the most updated information on local policies that have been released in Shanghai.

In a notification to Chinese and foreign citizens issued on April 18, 2020, the Foreign Affairs Office of Guangdong Province called for no discrimination against foreigners during the prevention and control of the COVID-19 epidemic, and the government promised to treat all individuals equally, regardless of nationality, race, gender or age. Especially, it is forbidden for any departments, enterprises, organizations, or individuals to restrict or refuse foreigners’ access to hotels, shopping centers, restaurants, parks, medical institutions, public transports and other places of daily life. In addition, for any reasonable request concerning epidemic prevention and control, foreigners can ask help from the multilingual service hotline 1258088 (24-hour available).

China’s Two Sessions to Open in Late May

China’s Two Sessions are the names for meetings of two of China’s major political bodies – the Chinese People’s Political Consultative Conference (CPPCC) and the National People’s Congress (NPC), which are the most important political meeting in China. The Two Sessions are normally convened in March each year; however, due to the NCP outbreak, it was announced in February 2020 that the Two Sessions will be postponed.

Every year during the Two Sessions, many draft legislations will be discussed.

5. See: http://www.shanghai.gov.cn/nw2/nw2314/
nw2315/nw4411/u21aw1435986.html
Please bear in mind that for diplomatic personnel entering China and personnel engaged in important economic, trade, scientific research and technical cooperation, if there are other provisions, they shall be implemented in accordance with the provisions. We will keep a close eye on the relevant provisions.

6. See: http://www.gd.gov.cn/gdywdt/bmdt/
content/post_2952990.html
It is worthy to note that as of March 25, all non-Hong Kong residents will not be able to enter Hong Kong after arriving at Hong Kong International Airport by air from overseas countries or regions.