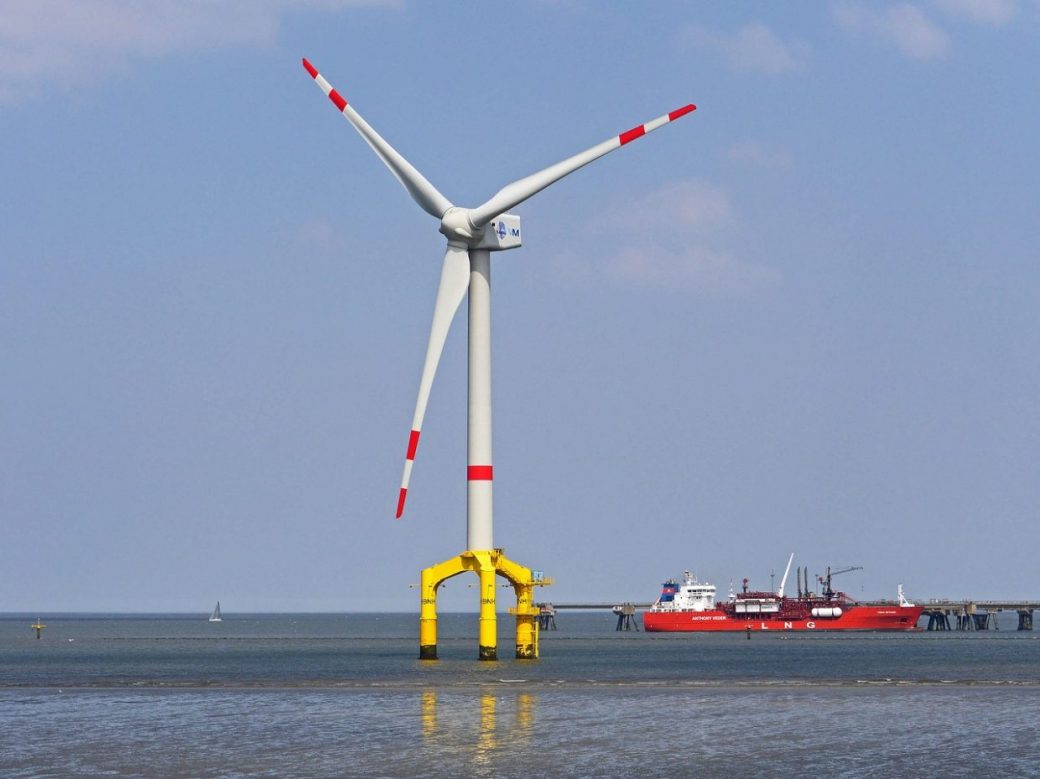 Taiwan is now facing a challenge of transitional energy policy; this Seminar is a crucial starting point for the Offshore wind power industry. By this seminar which is organized by MOEA, EETO, and EBRC, is going to share the experience and possibility of future cooperation.

The Bureau of Standard described that Taiwan is just starting to have a whole scale renew of energy policy, and the offshore wind power is a prosperous investment for the natural condition of Taiwan Strait.

Since the offshore wind power industry is technic and capital intensive, the financial support is the major concern for most investors. Thus, the Bureau of Standards, Metrology & Inspection (MOEA) is expected to find its position in impartial third party accredited certification (including Project Certification, Marine Warranty Survey, and Due Diligence.) and the competent authority of green energy industries.

The meeting concerning the FinTech innovation and its subsidiary regulations, the wording of the draft articles only listed “New Taiwan Dollar” as the assets for utility. However, the Central Bank has suggested that foreign currency (equal value) should be included in the regulation and utilized in the Sandbox.

1. The amount of contract, transaction and credit risk shall not exceed $100 million NT dollar (equal value)

2. Financial commodity, whether investment or non-investment services shall not exceed $250 thousand NT dollar.

The Ministry of Justice and the Executive Yuan has drafted several amendments to the outdated regulations of the Criminal Code, for better adaptation to the modern society.

“Confiscation” in Chapter 5-1 of the general provisions:
In the cases of the proceeds of crime were to be found after the judgment delivered, and the proceeds of crime belonged to the offender or another third party, confiscation could not deliver independently. This delay of justice was causing awkward situations and contradicted to the principle of offenders shall not process those proceeds. Thus, the amendment to article 40 adding the confiscation could be delivered independently. (§40)

To the felonies with death results, the limitation of prosecution period has amended from 30 years to indefinitely. (§80)

“Seal” stated in article 139, was only to the properties and real estate that concerned. There has been a loophole for documents of provisional measures. Thus, the amendment fixes this loophole by adding the definition of “seal” including provisional measures delivered by public servants. (§139)

For the person who is in his occupation or profession should perform his due caution and circumspect to the surrounding during his practice. He who also bears a heavier penalty for injury by accident or manslaughter than a normal person. However, the nature of this crime and the spirit of interest protection are not justified by differentiating the offender by whether he is in occupation. Furthermore, from time to time, it is very confusing when defending whether the offender was in his occupation or not. As a result, it is for the best to amend and remove the difference between penalties for the crime of injury by accident and manslaughter under the principle of equity. And allowing the judges to have a broader discretion in determining the penalties case by case. (§§183, 184, 189, 276 and 284. )

The cases of homicide to the offenders’ ascendant which were the absolute death penalty or life imprisonment in the past. The Ministry is planning to amend this rigid regulation by giving discretion for the judges to determine the offender’s penalty according to the actual case. And several amendments to factors for reduction of penalties.

Chapter 23 Offence of Injury:
Heavier penalties for fight and attack in groups (§283); remove the offense of deliberate spreading venereal disease (§285) by combining the offense in general case of injury, remove the regulation of compulsory treatment for venereal disease. Adding a category of torture of infant and manslaughter by torturing infant (§286).